China vs. United States: A Tale of Two Economies 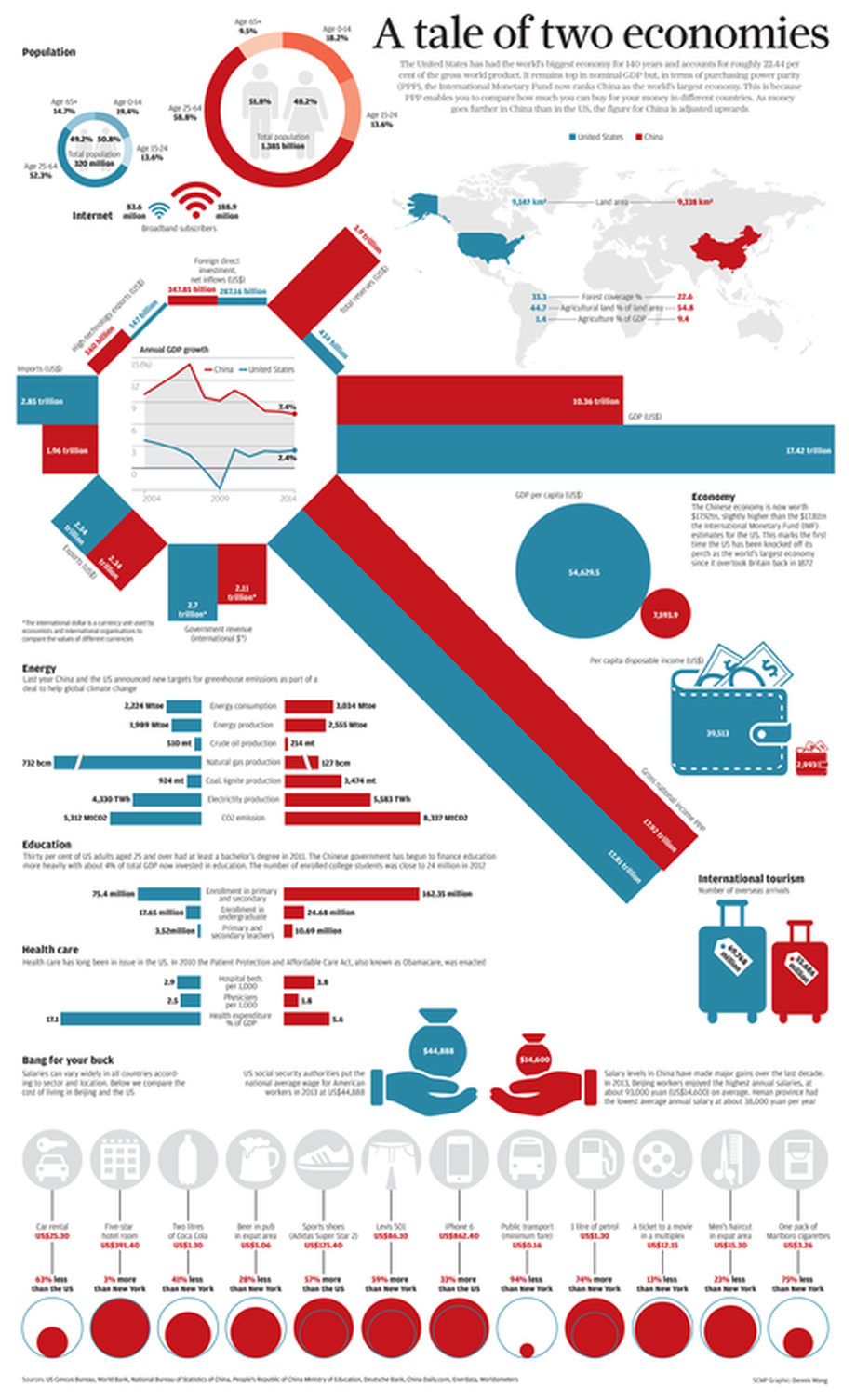 Download File
The United States has had the world’s largest economy for about 140 years, and it roughly accounts for 22% of global GDP. However, in recent times China has overtaken the US by at least one measure of total economic strength, which is GDP based on purchasing power parity (PPP).
Either way you slice it, the economies are the two strongest globally in absolute terms.
That’s where the similarities end. While comparable in total size, the makeup of each economy is totally different. United States is a sophisticated and highly diversified economy that is based on services, finance, and consumption from the middle class. China has similar aspirations in the future, but right now it is resource-intensive growth engine making the transition from a manufacturing hub to a consumer-driven economy.
Look at the infographic, what differences do you see?